Apple has announced the successor of iPhone 4, iPhone 4S. The best features of the new iPhone include A5 dual core  processor, Dual-core GPU and 8MP camera with 1080p video. But it looks exactly like iPhone 4. For those who don’t like the iPhone 4S brick form factor, you are out of luck till iPhone 5 comes out next year. 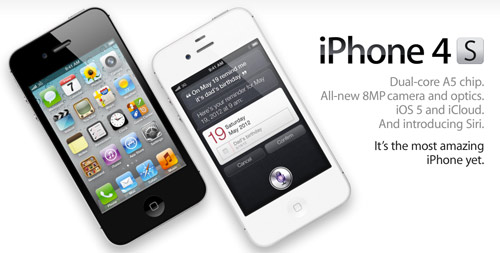 Pricing: Here’s the US pricing for  ”locked” 2 year contract phones. Unlocked ones would start from $799:

Other than standard iOS 5, iCloud features, iPhone 4S will have:

Siri: Google voice search on android features basic commands like searching the web, finding map directions, sending SMS and more. A new feature known as the Assistant, is a new voice interface that will basically allow you to talk back and forth with your phone (like the HAL9000, but hopefully without trying to kill you). It’s called Siri, it’s exclusive to the iPhone 4S, and it looks amazing. You can ask it what the weather is like, and it will read the forecast to you. It will read your texts to you, and then you can dictate a response. You can even ask it to find you a restaurant and it will respond by ranking the restaurants in your target area. And it’s integrated into the phone’s apps, so you can talk instead of type without using a third-party dictation app like Dragon. As far as we’re concerned, this one feature saved this keynote from being a disappointment. 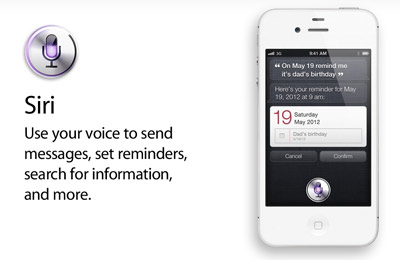 Other new apps: Apple also introduced Find My Friends, a Google Latitude equivalent  intended to let you track your family and friends who also have iOS devices. There are simple privacy controls, as well as an end-of-the-day cutoff of tracking. There’s also Newsstand, a one-stop shop for all magazines and periodicals; basically, it’s the iBooks app for magazines.

Availability: The iPhone will be available on Verizon, AT&T and, for the first time, Sprint. Pre-orders start Friday on the Apple Store online, and the phone will ship and launch in stores on Oct. 14.

Should you buy iPhone 4?

Well answer depends on what you already own. If you already have iPhone 4, or a dual core android phone, you can skip this update. iPHone 3GS and older, grab this one now. Android lovers should probably wait for Samsung’s October 11th announcement. Who knows if Samsung has new ICS devices coming.