We may not see an iPhone 5 this year, this is true, but what looks evident from the latest leaked phone from T-Mobile is the new iPhone 4, with upgraded specs.

BGR got handson on a leaked iPhone from T-Mobile, running a newer internal version of the white iPhone. N94 is what it is known as internally, and it is an upgrade from N90 iPhone 4 and N92 iPhone CDMA that we’ve seen in the past.

N94 or iPhone 4S is running Apple’s A5 processor (S5L8940) from the iPad 2 world. The phone is runnign an internal version of iOS and is preloaded with internal contacts directory of apple.

Most of the stuff looks pretty clear, anew iPhone is coming to T-Mobile and its faster with a dual core A5 processor. Only thing that would become clear over time is the name: iPhone 4S or iPhone 5. 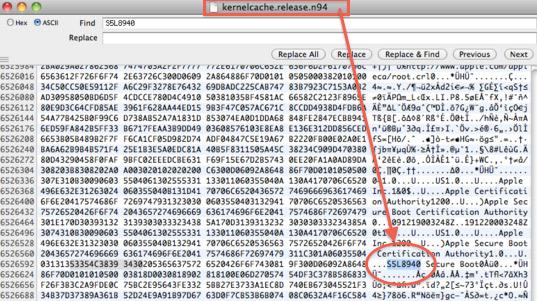 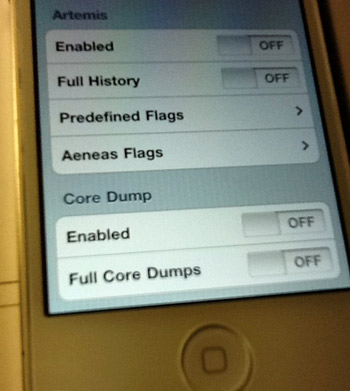 The iPhone4s or iPHone 5 appears to have multiple iOS debugging, development tools available for its beta testing. 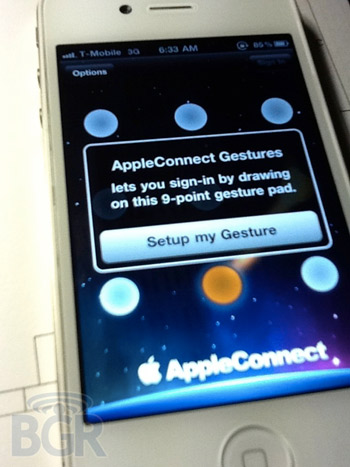 Apple connect Gestures would bring Android like Gesture based unlock replacing passwords everywhere in iOS. This could even replace iTunes account passwords if you chose to.