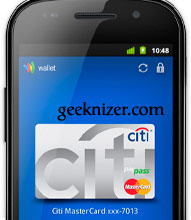 The seed Google had sowed in first android phone with NFC chip (Nexus S), would now grow up as a Google Wallet that would say goodbye to your conventional wallets.

Google, along with Citi, MasterCard, First Data and Sprint, have built a new payment system called Google Wallet. Basically, Google Wallet is an app that will make your phone your wallet. You’ll be able to tap, pay and save using your phone and near field communication (NFC).

Right now its just coming to NFC enabled Android phones. With your single android phone, you’ll be able tostore your credit cards, offers, loyalty cards and gift cards, and a simple tap you can auto redeem offers and earn loyalty points and pay the due amounts. Google has vision that in the future it can also act as your ticket, boarding pass, and what not. 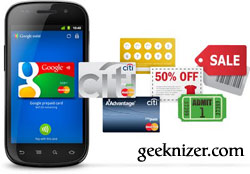 Google Wallet will support both Citi MasterCard and a Google Prepaid Card. Using Google Wallet you can pay wherever MasterCard PayPass is accepted.
Google is building an open commerce ecosystem, with APIs that will enable integration with numerous partners.

Watch Google Wallet Experience that excites so many merchants:

Google is field testing Google Wallet, would be available soon.